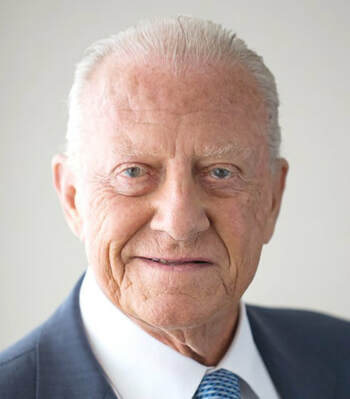 Photo provided by Scott Sterling.
Giuseppe Cecchi is a visionary developer and philanthropist whose impact on the National Capital area and beyond has been extraordinary.  Since 1975, Mr. Cecchi has been president of the Arlington-based IDI Group Companies (IDI), which under his leadership is responsible for developing 30 residential communities comprising more than 12,000 condominiums in Virginia, Maryland, Washington DC and Puerto Rico, homes to more than 25,000 people. These communities have earned IDI some 85 prestigious industry awards for design, construction and special programs, as well as for community governance and operation.  He is also responsible for developing 2.7 million square feet of office and retail space, 1400 hotel rooms, 1000 single-family homes and 2400 acres of land development for large planned communities.

Giuseppe Cecchi was born in Milan, Italy, to Antonio Cecchi, the head engineer of the city of Milan at that time. Following both his father and grandfather, Cecchi graduated from the University of Milan in 1955 with a masters degree in professional engineering. In 1959, he came to the United States to scout real estate investments for the firm Societa’ Generale Immobiliare (SGI). He first made his mark on our area prior to forming IDI, introducing our area to its first mixed-use project: The Watergate. IDI began officially operating in Arlington in 1975 and continues to operate in Arlington today.

Over the decades, The IDI Group Companies developed a broad range of real estate projects, from award-winning high-rise condominium communities and condominium conversions to office buildings and hotels; from land development, including residential subdivisions, to large urban mixed-use projects.   IDI pioneered the development of active adult living with the Leisure World communities in Maryland and Virginia, and is an industry leader with its conversion of over 3,000 high-rise and garden units into workforce affordable homes.

Here in Arlington, IDI has brought luxury condominiums at The Belvedere and Altavista; workforce housing at Dominion Terrace; office, retail, residential and hotel at Ballston Metro Center and office and retail space at Rosslyn Center. Mr. Cecchi's vision has consistently put IDI at the forefront of multifamily development in our region, and the Washington Post once titled him the “Condo King.”

For more than four decades, he has sought to better his community and to address the needs he encounters wherever they can, and generally without fanfare.  These traditions of loyalty and dedicated service now permeate the decision-making of the three Cecchi sons who over the past 20 years have worked to become managing directors of IDI; they now have key responsibilities in the acquisition, construction and development of IDI's new multifamily and mixed-use developments and luxury residential redevelopments.  Like their father, they give generously of their time and resources to a variety of needs and organizations around the region.

Giuseppe Cecchi’s impact on the greater Washington area has been and will continue to be significant for generations to come. 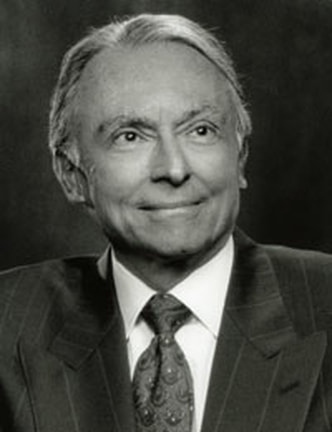 Photo provided by the Smith family.
Robert H. Smith (1928-2009) was a real estate mogul and philanthropist who created the government and commercial center of Crystal City in Arlington and built his family’s company into the single largest property owner in the Washington, D.C. region.

Robert H. Smith was born on July 21, 1928, to Jewish parents, Charles E. Smith and Leah M. Goldstein. Smith’s father, Charles, was a Russian immigrant who came to America in 1911 with an ambition to create a great life for himself and his family. In 1946, Smith lived out the American dream founding his own company, the Charles E. Smith Companies.

In the early 1960s, Smith saw untapped potential in an Arlington neighborhood and started plans to develop Crystal City. Initially, the company offered leases to the government at low rates, with no escalation to attract tenants. The first building went up in 1964, and over the next 20 years, his family’s business put up more than 40 buildings in Crystal City. Proving themselves as successful leaders and managers over the years, and especially with the new venture, Smith and Kogod took over the family business in 1967.

In the early 2000s, the company saw significant changes when the residential component of the company merged with Archstone and later sold to Equity Residential and Avalon Bay. In 2002, the commercial division merged with New York's Vornado Realty Trust and became part of JBG SMITH in 2017.

Having amassed a fortune in real estate, Mr. Smith devoted his attention to philanthropy, giving hundreds of millions of dollars to universities, museums, and historic landmarks. He remains the single largest donor to his alma mater, the University of Maryland, which named its business school after him in 1998. Another bequest led to the university naming its performing arts center for his wife, Clarice Smith.

Smith passed away on December 29, 2009, at 81 years of age. He was survived by his wife of 57 years, Clarice; their three children, Michelle, David, and Steven (deceased), and four grandchildren, Stacy, Michael, Alexandra, and Max.